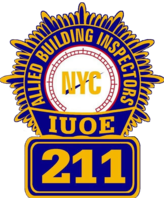 Section 1. This Local Union shall have the power to discipline, fine, suspend or expel its members upon causes provided in Articles XI and XII and provided further that any member charged with the offenses designated in Articles XI and XII shall be tried within the jurisdiction of the Local Union where said offense was committed, in which case a copy of the verdict shall be sent to the Local Union to which the member charged belongs.

Section 2. All charges must be preferred in writing and signed by the complainant. Where the President-Business Manager is not the complainant, the charges must contain a signed statement of either the complainant or some other member that he/she has personal knowledge of the facts which form the basis of the charges. Charges must be filed within thirty (30) days of the event or circumstances giving rise to the charge, or within thirty (30) days of learning of the event or circumstance, whichever is later. Charges are to be filed with the Recording-Corresponding Secretary and read by the Record-Corresponding Secretary at the next succeeding meeting following the filing of same. Immediately upon filing of such charges the Recording-Corresponding Secretary shall notify the defendant in writing, enclosing a copy of said charges, and of the date set for the filing of the answer or defense or the entering of a plea by the defendant, which date shall be not less than two (2) nor more than four (4) weeks thereafter. Charges shall be specific, stating clearly, concisely and as accurately as possible the time, place, nature and circumstances of the offense alleged.

Section 3. Within thirty (30) days after the pleadings are filed, or the plea entered, the Local Union Executive Board, or any other Board within the Local Union established for the purpose, may at its discretion, order a pre-trial hearing and direct the complainants and defendants to appear at said hearing. All parties shall be notified in writing by Certified or Registered Mail providing the date, time and place of the hearing and the specific charges to be pre-tried. The purpose of the hearing shall be to define the issues and to make a preliminary determination as to whether the charges have merit. The Board, upon hearing all the parties, may at its discretion, decline to process these charges after such hearing, as being without merit. However, such decisions of the Board not to process the charges shall be appealable to the General Executive Board in accordance with the provisions of this Article. The failure of the complainant to appear at such pre-trial hearings may result in a dismissal of the charges by the Board. The Board shall also have the power to settle the matter at such hearing in the event such settlement is mutually agreeable to all parties. In the event the Board does not invoke the pre-trial procedures within the time set forth herein, or invokes the procedures and determines to proceed with the charges on their merits, the following provisions shall then become effective: After the pleadings are filed or the plea entered, or the time elapsed within which the same must be filed or entered, and the pre-trial procedure has been invoked and/or time limitation for same expired, the President-Business Manager shall cause the parties to be notified of the trial date, which must be the next regular meeting thereafter. Unless a request for postponement of the trial shall have been made to and granted by the President-Business Manager the trial shall proceed upon the date set. Complainants and defendants may present their own cases or by counsel selected from among the membership of the International Union of Operating Engineers. After all the evidence is in, and a full and impartial hearing has been had upon the issues, the President-Business Manager shall distinctly state the charge and charges and present the matter to the members present at said meeting for a vote.

Section 5. In the event the complainant fails to appear at the time set for trial the President-Business Manager may dismiss the charges unless otherwise determined by a two-thirds vote of the members present. In the event the defendant willfully fails to appear at the time of the trial the said trial may be conducted in his/her absence, a vote taken by the tellers appointed by the President-Business Manager a verdict announced and a penalty imposed.

Section 6. Any member other than the President-Business Manager of the Local Union preferring charges against another member as provided herein, must at the time of filing the charges deposit Fifty Dollars (S50.00) in cash or certified check for each individual charge and for each signatory to each such individual charge against each member. In the event a charge is proved, the deposit for that charge shall be returned to the member filing the same, and if not proved, shall be forfeited to the Local Union. Any member of the Local Union fined, disciplined or expelled shall have the right to appeal to the General Executive Board in the manner and form provided in the Constitution and the Laws and Rules established there under. Any appeal rightfully taken and properly filed wherein the penalty of expulsion is imposed shall cause the order of expulsion to be stayed until decision of the General Executive Board thereon. Unless by action of the General Executive Board thereon, waiving the requirement, no member may appeal from the imposition of a fine unless and until such fine shall first be paid by him/her.

Section 8. The Local Union shall keep minutes of all trials conducted by it. A stenographic record of trial proceedings need not be taken unless the presiding officer of the trial so orders, or unless the charging party or the charged member so requests within seven (7) days of receipt of the notice of trial. The party requesting that such recording be made shall be responsible for the cost of the recording and the preparation of the transcript by a competent reporter, chosen by the presiding officer. Three (3) copies of the transcript shall be prepared so that each party and the Local Union may have one. The reporter shall attach an affidavit to each copy, stating that it is a true and accurate transcript of the proceeding.